Calling It a Novel Does Not Make It So

As an indie publisher you get to call the shots as to how to label your beloved manuscript. If you hang the word “novel” on your published opus, be sure it is a novel. The act of printing “Historical Fiction Novel” on the title page when the story is not a novel and probably not historical only serves to alienate the reader. You do not want the reader to feel he or she has been tricked into buying a mislabeled book.

How Do You Know If You’ve Written A Novel?
Writing comes in all shapes and sizes from a short story to a personal memoir, but each type of writing has a structure or framework peculiar to it. A short story is not a personal memoir even though they are both forms of written communications.

A novel has its own structure. If your story doesn’t adhere to this basic structure, it isn’t a novel. All too often, an author will write a “slice of life” narrative, a meandering story that lacks the fundamental elements of a novel. Readers expect to find certain elements in a novel when they read it.

Structure of a Novel
What fundamental elements do readers expect to find in a novel?

These elements give the story or novel a recognizable structure. Sure, novels contain much more than this, but we’re talking about the basics. If the novel doesn’t have a main character with whom the reader can empathize, there will be no connection between the reader and 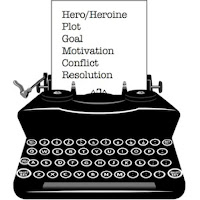 the story. If the story doesn’t have an ordered sequence of events that move the reader from Point A to Point B, then the story isn’t going anywhere and lacks a plot. Plot has often been compared to a road map of where the characters are going and without a plot, the story lacks cohesion.

Characters also need reasons for behaving as they do (goal and motivation), but if life comes too easy for them (no conflict), the story is boring. Tying all these elements together at the end in a satisfying way keeps readers happy. They’ve gone on a journey from A to B with a character they love who faced and overcame obstacles…

You get the picture.

Why Readers Crave These Elements
First of all, these are the time honored elements of storytelling. Our ancestors didn’t sit around the fire at night to listen to stories that meandered all over the map about imaginary characters who didn’t do anything. Today’s readers aren’t all that different from those ancestors. They want a character’s story to have a purpose, for the character to make a meaningful life journey. Readers want characters who have solid goals and compelling motivations for what they. As for needing conflict, a novel without conflict is like taco sauce without the chili peppers. You still have a sauce, but it’s tasteless. 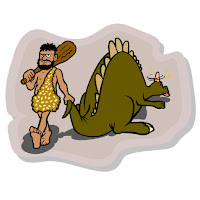 Lots of conflict makes readers happy because they aren’t interested in reading about Utopia, they’d rather read about how Utopia becomes Dystopia. They like to read about how the main character faces conflict and deals with it. They want to empathize and root for him or her. Readers want to watch as the character grows and changes.

Whatever the goal, the motivation, or the conflict, the reader wants it all packaged nicely at the end with a resolution that fits the story. No author wants a reader to walk away from the novel disgusted because the ending failed to satisfy.

Character versus Plot Driven
Now, your novel may be more character driven which means character growth overshadows the plot, or your story may be plot driven, in which case the plot may be stronger than the characters. That said, the novel will still have a main character with a goal and reason (motivation) to work toward the goal, conflicts that prevent achieving the goal, and a solid resolution. 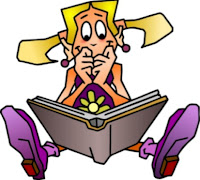 A novel’s plot does not meander hither, thither, and yon with no purpose. Its characters have to incite empathy, they have to make decisions, and change by the end of the story. They have to face conflict that can rip their beloved goals away. They cannot be given a story in which nothing really happens and their goal is easily achieved.


They need the structure of a novel. Only when you have created a story using the basic elements of a novel can you put the word “novel” on your beloved opus.

Next month we'll look at how I define historical novels.
Posted by Ginger Hanson at 4:01 PM No comments: