The Importance of the Written Word

I love to write. I have always loved to write. I wrote my first short story when I was in second grade. My ability to write well has helped not only me, but also others. As a student, it helped me earn better grades–my essay on moiré patterns meant a passing grade in physics. An article I wrote about a Federal Aviation Administration award for mechanics provided the impetus for two Alabama gentlemen to receive it. A personal essay published in the local newspaper gifted a wonderful woman with a day set aside in her honor by the mayor. 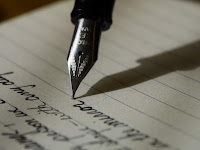 It has also prompted my readers to ask if I’d write another book about a character because they want to continue reading about him or her. While writing hasn’t made me rich and famous, it’s brought me a lot of joy.

The ability to communicate through writing is not going away. Right now, most of you communicate continuously via text messaging, but the truth is from the time you get up in the morning until you turn off your cell phone at night, you’re surrounded by the written word. Why? Because somebody had to write the ads you hear or read, the scripts for the movies and TV shows you watch, and the lyrics of the songs you listen to. Think about it. Someone wrote the text on the cereal box you opened this morning for breakfast.

There are few career paths that don’t involve some type of writing. Just to get a job usually requires a resumé. This written representation of who you are and your skill sets can mean the difference between an interview and a rejection. Many jobs require writing. Web designers not only design attractive websites, they also have to write content. Police officer, insurance adjuster, teacher, medical professional, civil servant– being able to communicate through writing is an important skill for them. Even mechanics have to write up what they did after they repair a vehicle.

Writing doesn’t necessarily mean writing a novel. It can take many forms.

One popular method of writing is journaling. People journal for many reasons–for fun, to manage stress, to solve problems, or to record personal thoughts and experiences.

To be honest, I’m not into journaling, but I think that’s because I’ve always written fiction stories and essays. My writing helps me manage stress, solve problems, and record personal thoughts and experiences. These may be developed in a humorous essay or become a scene in a story. In my recent release, Butterfly Bride, the heroine tries to gorge herself on chocolate bonbons. When she takes a big bite of the first one, she discovers there’s half a worm in the remaining piece of candy.

This didn’t happen to me, but it did to my mother many years ago. She had helped herself to some of the candy in a Valentine box my boyfriend gave me. Imagine her distress when she discovered half a worm in the a piece of chocolate left in her hand! She also faced a dilemma: admit she’d been eating my candy or stay quiet and let me eat a worm. I’m happy to say, she came clean and I tossed the box of candy.

A pretty box on which a writer had listed the types of chocolate included, the ingredients (not including the worm), a Valentine’s Day quote, the name of the company who made the candy, and the weight of the candy.
Posted by Ginger Hanson at 1:45 PM No comments: