I was listening to National Public Radio (NPR) one day when a man began recounting an incident in his life that led to a group of teens beating him up. I didn’t listen to the complete story because I couldn’t get past the beginning.

Here’s how he set it up:

There were so many things wrong with this story. Rather than think, poor guy, he got beat up. I thought what were you thinking? Of course, you got beat up.

Let’s step back from his story for a moment.

Being aware of what is happening around you deals with whether anyone or anything is a threat to your health and safety. In the big scheme of life, women are often more aware than men of threats to their safety. If your heroine is a nurse who works a night shift, she is going to be very aware of threats to her safety when she leaves the confines of the medical facility and walks to her car. The 6’ 2” male nurse who works the same shift may not be as uneasy or as situationally aware during the walk from the building to his car.

Between an early job with the U.S. Army Aircraft Accident Board and research I did while working on the FAA handbooks, I’ve read a lot of aircraft accident reports. While there may be contributing factors for accidents involving small airplanes, investigators often point to pilot error as the cause of the accident. 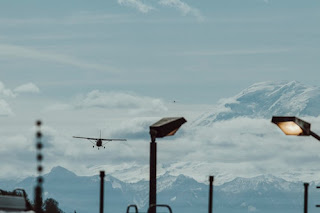 instruments and often the airplane knows more than a newly-minted pilot. Which is why the FAA stresses the need to pay attention, to be situationally aware. It is not wise for a pilot to text friends or play a computer game because the sky looks clear and empty. Distractions mean the pilot is no long situationally aware. Weather conditions, for example, can deteriorate rapidly and disorient even the most experienced pilot, leading to an accident.

What does this have to do with the man who was attacked late at night in a lonely part of Brooklyn while talking on a phone? He set himself up to be attacked. He wasn’t situationally aware. He failed to look out for his own safety by remaining aware of his surroundings and the potential hazards he faced.

What does situational awareness have to do with writing stories?

It adds another layer of interest to your story and characters. Different characters will have differing degrees of situational awareness. For example, a Navy SEAL will be trained in situational awareness and practice it without conscious thought. His life may hinge on being able to prevent bad things. It’s an important part of his worldview. On the other hand, a yeoman, who is an administrative clerk in the Navy, won’t need or practice the same level of situational awareness. Sure, when driving to work it’s important, but his or her work involves computers, not bad guys with guns.

Situational awareness is only as accurate as personal perception or reading of the situation. In other words, what we think is happening may not accurately reflect reality. How a person reads a situation can be influenced by many things such as personal experience, correct or incorrect information, family or work pressures, and other distractions. A person can become so absorbed in their own thoughts or problems that he or she fails to even realize they face a serious threat to their safety until it is too late.

Like our guy who was interviewed on NPR. He’s walking alone through a deserted part of a big city late at night while he chats on the phone with his buddy. To ensure he gets mugged, he plugs his ears with earbuds. Talk about lack of situational awareness…

A writer can fill pages of back story on a character like this.

Posted by Ginger Hanson at 11:10 AM No comments: