Pantser or Plotter: Do Writers Have to Choose One Over the Other?

In the writing world you’re either a “pantser” or a “plotter.” Pantser derives from the well-known idiom “to fly by the seat of your pants.” It dates from the early days of aviation when pilots had little to guide them during a flight. Aviation was a new frontier, pilots didn’t have any instruments or even good weather reports to rely on when they flew.

Plotters are as the name implies. Writers who figure out the plot in advance of writing the story. Plotters favor spreadsheets, story grids, and  in depth character charts. 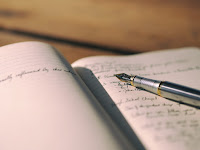 For me, the writing process often involves writing my thoughts in longhand, i.e. cursive. If you’re tied to the keyboard, you might be interested to learn there is a connection between writing and thinking. The act of manually writing down your ideas gives your brain time for reflection which is helpful when crafting a story.

The Plus of Being a Hybrid Writer

I think relying on both styles of writing helps to keep the story fresh while reducing the time lost in rewriting. Over the years, I’ve often read articles by pantsers who bemoan the fact their story sprawls all over the place. They basically spew it out and then spend a lot of time in edit and revision modes to obtain a story that makes sense.

Then again, plotters often bemoan the loss of spontaneity, because they think they’ve lost their creativity in the planning process. Some types of writing demand detailed plotting. For the mystery novelist, a well-plotted story is essential. How else can she plant red herrings at the right time? How else can he sprinkle the clues that lead to the villain–something the mystery novelist knows from the beginning, but tries to hide from the reader?

Whatever your approach to writing, it’s important to keep in mind that each of us have a natural mindset that influences the way we write. It behooves you as a writer to experiment until you find your own path. The best way to achieve that goal is to write!

Posted by Ginger Hanson at 5:00 PM